The saying -“We are what we eat”, goes a lot deeper than our physical shape.  It relates greatly to how food affects our behaviour, concentration levels, learning abilities and sleep patterns. Children are especially sensitive to additives in food and an intolerance can be mistaken for a child misbehaving, but the more the child eats of certain aggravating items the more it builds up in their system and the more unruly their behaviour becomes.  Continuous ingestion of offending foods starts to undermine the immune system.

The difference between Allergy and Intolerance is that an allergy may be dangerous.  It causes an immune system reaction that affects numerous organs in the body.  In some instances it can be severe or life-threatening.  Even a small amount of the offending food may cause a severe reaction- tingling in mouth, hives and swelling of the face tongue and throat.  Food Intolerance symptoms are generally less serious and mainly affect the digestive system and do not involve an immune system reaction.

The number of children in today’s modern world that have allergies or food intolerances is very high, many go undiagnosed as many in the  medical society still refute that behaviour is related to diet. In the early 1900’s people were still preparing their meals at home and takeaway food was not popular and very rarely did people eat out. Milk,bread and meat were bought almost every day and bread especially in Europe went through a sourdough process( it kept much longer and was preservative and additive free and the flour was stone ground –  so the grains full nutrient content was still intacked.)  To make matters more complicated, its not only the synthetic additives and preservatives that cause reactions, but also natural compounds in the foods themselves, such as Salicylates and Amines.  All fruit and many vegetables contain these compounds as do foods that are processed such as dried fruit, strong sauces and nuts and seeds.  Salicylates are a very common cause of food intolerance.

Amines: Again a naturally occurring compound in foods eg Histamine in wine and Tyramine in cheese – which are both great causes of migraines, hyperactivity, aggression, depression,eczema and asthma.  Other sources are bananas,chocolates, avocados, mushrooms, some meats and soy sauce. A reaction to any food or preservative may only show up 3 days later, which makes it quite tricky to find the exact product that is causing the problem.  This is where the Elimination diet is very effective, as slowly foods are re-introduced thereby allowing observance of any reaction.

In Sue Dengates Book – The Failsafe Cookbook, she states that scientific studies fail to understand the difference between allergy and intolerance. The food industry argues that so few people are affected by foods so lets not worry, but the World Health Organization revised its estimate of the number of asthmatic children affected only by SULPHITE PRESERVATIVES, from less than 4% to 20-30%, so in general 10% of Australian children are affected by this ONE food additive alone, not counting those that react to the same product with eczema, behaviour problems or irritable bowel symptoms.  In a study where schools removed food additives, nearly 60% of parents of a class of 6 year olds reported a marked improvement after 2 weeks of additive free food!

By checking labels on everything you buy, helps cut down the risk of continuously ingesting additives, although some may still be used and not labelled, due to lax regulations.  If there is no itemised list of ingredients phone the supplier and if they refuse to answer your questions just don’t buy the product and inform them of your decision. Manufactures often list to consumers before they take into account regulatory standards.  By staying in tune with our children and our own bodies, helps greatly to recognise changes in behaviour, skin reactions, troubled sleep to name just a few.

So really, eating a diet of organic, wholefoods and preparing as much of your food as possible yourself, cuts down on the risk factor greatly.

Here’s to HAPPY CONTENTED KIDS AND US KIDS IN ADULT BODIES!

Some great DVDs are FED UP WITH CHILDRENS BEHAVIOUR: HOW FOOD AND ADDITIVES AFFECT BEHAVIOUR, Sue Dengate. 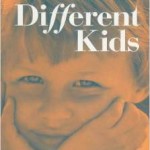